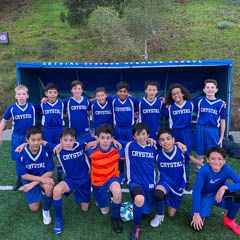 JVA Boys Soccer Opens the Season with a 2-0 Win

1/22/2020
The JVA boys soccer team defeated Sacred Heart on Tuesday 2-0 to open up the season. The boys had an impressive outing on both ends of the field. Nikko P started the scoring with a blast outside the box and assisted on the second goal...
...by putting the ball at the feet of Niam N at the goal line for a tap-in goal. Max S was solid as goalie  and Lucas S played the stopper role to perfection in preventing SH from scoring. Great start to the season for the Gryphons!
Back